This comedy of Manhattan manners explores marriage, friendships and squandered riches. Add a daughter's engagement, some major gowns, the president of the United States, and stir.

Posted by fishwithbraids at 5:56 PM

First annual "Jersey City- Land of the Freeform Arts and Music Festival" is a celebration of the artistic community in the area. It represents the cultural diversity and creativity that thrives locally. The sponsor, Peace by Piece Studio, is a local organization who is giving back to the community through various events such as this. The area the festival is taking place was designated as the Riverview Arts District, but was never codified in the zoning department. This festival will bring light to the...

city and neighborhood that many talented artists and musicians live and support this area.

From noon to 2 pm there will be a bluegrass jam. Feel free to bring your own acoustic instruments to join in on the jam.

Live music, art and local vendors will be the highlights of the event. Bands that will be playing are:

Posted by fishwithbraids at 5:33 PM

on the way to Berlin

At the Creative Grove artist market this week
the theme is "on the way to Berlin".
our minimal electronic tunes techno dubstep master dejay
Pastiche
is heading to Berlin's best underground stores this month.
Berlin Deutschland.
He will dish up moombahton and minimal
http://www.mixcloud.com/conrad-saumell-iii/ 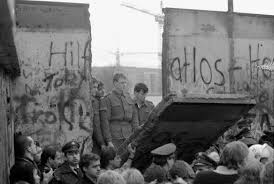 The JC artists and art spaces are also growing the hype for the annual Artist studios  tour 2012
which happens  Oct 12- 14
with lots of events and exhibits throughout the city.
general info at ProArts:
http://www.proartsjerseycity.org/events/artists%E2%80%99-studio-tour/

New media and abstract works at Fish with Braids 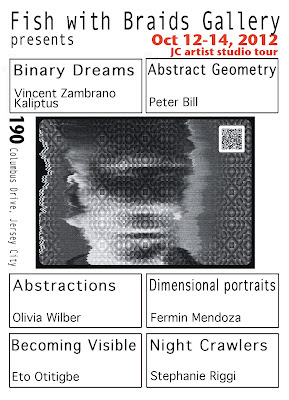 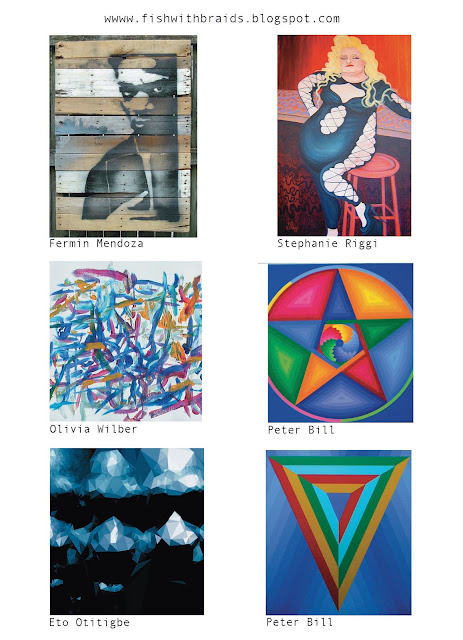 Binary Dreams/ Flux
“Binary Dreams” brings forth a fusion of the technical brain and the intuitive in the form of new innovative arts that depict the vast and transpersonal experiences of dreams. With the advent of new technology emerging and novelty dropping new seeds constantly into the oceans of the mind, the abstractions of dreaming are constantly fractalling out into an explosion of new diverse realities that become available for exploration when one abandons the senses to sleep and plunges inwards. Vincent Zambrano and Kaliptus are bringing back the raw dream elements and translating them out into the mundane world. The art works themselves vary in style and medium but work together like a perfect blend of opposite dualities. They create an overall effect of wholeness, diversity and surreal futurism.
artists:
Vincent Zambrano(JC), Kaliptus(Harrison NJ)
curator: Veronica Santi, (Florence Italy)


Abstractions
The artist uses a technique called video performance painting. First video images are projected onto a blank canvas.
Next the artist begins painting the moving video images. Each brush stroke creates a different visual layer for the viewer.
The viewers are not only seeing the projections they are seeing the paint create a different image all together.
Olivia's  paintings  are the out come of this visual layering process.
Performances are scheduled    saturday at 4 pm, sunday at 7pm
artist, curator: Olivia Wilber (JC)


Spanking machine
The multidimensional experience of observing and/or physically immersing into the depth of pain
or physical intensity combined with the social aspect of the public's presence  will make this display
unforgettable.
artist, curator: Uta Brauser (JC)

Becoming Visible
The linear patterns in Becoming Visible were inspired by wood carvings and bronze statues from Benin, West Africa.
Many of these works depict the king or "Oba" of Benin with contours of his face.Traditionally some ethnic groups used these lines
to identify each other after they had been separated.
In this case I place the lines on an image of my own face to express empathy for the families of innocent African American men whose lives
were taken unjustly.
artist, curator: Eto Otitigbe (NYC)

Cold in the Sun
"is a new media piece on reflections with my father's progressing dementia. "cold in the sun" was one of the phrases
I would find him mumbling to himself.
In this video  I reenact some of the phrases my father would mumble while sitting
around the house as if they were a series
of flashbacks.
Through the use of Delaunay Triangulation the video gradually abstracts itself as my father gets
deeper into his memories.
Delaunay Triangulation is a method of computational geometry that can be used to model
complex surfaces without having to measure the exact dimensions of all surface points.
It is typically used to model terrains where only some points of altitude are known.

In this case I assume the role of my father and attempt to reenact some of his mannerisms.
Although I did not know much about him I have a few data points form which to model his behavior."
artist, curator: Eto Otitigbe (NYC)
Posted by fishwithbraids at 1:37 PM

Wine and snacks will be provided.

Posted by fishwithbraids at 2:39 PM

A full weekend of original one-person shows! Styles range from memoir to multimedia to dance!

You Gotta Have Faith (or We'll Disown You)
A hilarious, honest and provocative account of what it's like to be an atheist in a very Catholic family. Part coming of age tale, part social commentary, this deeply personal show is a journey through religion, family and faith--with surprising revelations.

Kookspeak
Delightful death fantasies, gravely serious hand-puppet conversations, the Most Annoying Girl in the World voice and performing at the Grammy's with your true love, a FIFA World Cup star/YouTube phenomenon -- it's all fun in this series of monologues from the mouths of people who live inside their heads.

Hurricane Alana
Floods and carbon monoxide and missing kitties, oh my. There's no place like home. With the help of the hugging lady from India, a creepy astrologer, drug dealer Lewie, and a feng shui specialist, Hurricane Alana is a funny and touching story about a girl's search for love, a home and a good mold specialist.

Musical Theater for Asian Males (Only Edition)
From the debate of Miss Saigon to the death of Danny Chen, one Asian man looks at the role of his race in theater, media, and society.

Going to America
A Welsh boy immigrating to the fantasy of a new life experiences the journey we all take from childhood to adolescence. It is 1954 when passenger steamers ruled the sea and America was the Promised Land.

Fore/closure
An original one-woman stage show by Gabby Creery based on her blog and popular column in the Jersey City Independent. Telling the riveting true account of a family's turbulent journey down the rabbit hole of unemployment, poverty and the threat of homelessness, Gabby paints an intimate portrait not just of the devastating effects of the financial crisis on a family and a marriage, but also the ways in which community and joy can be found.

Click, Start, Vroom
This monologue is performed by a 17 year old explaining the first time he has ever experienced the thrill of being behind the wheel and driving for the first time. He also explains the proper way to drive a car and how you should never drive a car. Enjoy the ride!

Letters to My Mother (But Really for my Father)
"Dear Mom" Are these words any easier to write when Mom is gone?

he Shim-Sham Slam: A Dancer's Manifesto
Blending spoken word with dance, The Shim Sham Slam: a Dancer's Manifesto looks at the highs and lows of dedicating your life to a near impossible dream. It's about sacrifice, glory, and the reasons we find for refusing defeat.