The uniquely abled, a fundraiser

Fundraiser for children with disabilities, The Uniquely Abled  club together with the Honor Guards of the Dept of Corrections, Hudson County, is holding a fundraiser at the Abre Latas Social Club,  Grand Street x State Street,        1-23-2011   at 1pm. 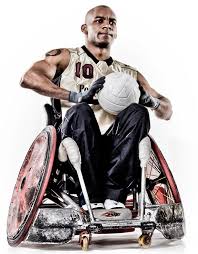 Posted by fishwithbraids at 7:18 AM

the Con Vivo String Quartet will present the works of Glass, Shostakovich, and their own Mazz Swift.  Enjoy this wonderful free performance by a Jersey City treasure!

WOMEN IN POWER AND WHAT THEY SAY:  THE ACTORS SHAKESPEARE COMPANY AT NEW JERSEY CITY UNIVERSITY OFFERS “SHAKESPEARE’S QUEENS”

Feminine speeches from Shakespeare and Queen Elizabeth strike the theme of women heard but not often heeded:  ASC lab Project Is Open to the Public and Free

The Actors Shakespeare Company at New Jersey City University will present Shakespeare's Queens, which will be presented for free as an ASC at NJCU Lab Project on Friday, February 4 at 7:30pm and February 5th at 3:00pm at the University’s West Side Theater, 285 West Side Avenue in Jersey City.  As part of its “ASC in the Community” series, ASC at NJCU will travel on Sunday, February 6 for a 1:30pm presentation at Congregation B’nai Jacob, 176 West Side Avenue, Jersey City.

In Shakespeare’s Queens, the women of ASC at NJCU will present a performance and lecture examining feminine authority during the reign of Elizabeth I and beyond. Calling on both Elizabeth’s own words and Shakespeare’s depictions of queens and other women of power, Shakespeare’s Queens is a celebration of feminine strength and a tribute to the struggles of women who fail to conform to society’s expectations.

Ms. Hurd wanted to create something that the ASC women would find rewarding and also a touring show for local schools which might include a lecture and scene format.  She was surprised when she researched the idea of speeches by Queens and found little, if anything.

“There have been projects on Shakespeare's Women to be sure, but none that really took into account the fact that his formative ideas of royalty were made in a unique crucible:  a time, the only time, when England has had a Queen, without a consort, ruling, and ruling for a long time,” explained Ms. Hurd.

Shakespeare’s Queens has an underlying theme of women being underestimated even when in power.   “Often as not, Shakespeare's queens are the ones who speak the most sense in a situation, or cut directly to the heart of a problem.  They are not always listened to or believed, which is generally a failure of imagination or foresight on the part of the men around them, from Margaret in Henry VI expertly summarizing the dangers of the factionalism around Henry VI to even Cordelia's choice to be plain and truthful and not flowery and deceptive.  And, in Elizabeth's speeches, she herself had to deal with a lot of second guessing on the part of her councilors,” Ms. Hurd added.

The enormous influence of Queen Elizabeth on Shakespeare is further explored by delving into some of her political writings and speeches.  “She was a canny propagandist herself and often published speeches for public consumption to help craft her image,” Ms. Hurd says.

NJCU’s West Side Theater is conveniently located near Culver Avenue (on the NJCU campus), just minutes from Routes 440 and 1-9, exit 15E of the N.J. Turnpike, and exit 14B of the N.J. Turnpike extension I-78.  There is ample parking in the University’s parking lot on West Side and Audubon Avenues.

The West Side Theatre is wheelchair accessible.  Large print programs and assisted listening devices are available.  Some performances are audio described.  Call 201-200-2390 for more information and requests.


Actors Shakespeare Company at NJCU is a professional, classical theater-in- residence on the campus of New Jersey City University. The Company engages the community in clear, vibrant and affordable productions of Shakespeare and other classic works to entertain, educate, and inspire audiences of all ages and backgrounds.
ASC at NJCU officially became the University’s theater-in-residence in 2008, making NJCU only the fourth institution of higher education in New Jersey to be affiliated with a professional theatre company.  The collaboration between the ASC, which is in its eleventh season, and NJCU began in 2005.  Since that time, NJCU and ASC at NJCU have partnered to present professional classical theatre to both the NJCU and wider Jersey City communities and NJCU faculty and students have been regularly involved in ASC productions and workshops.

ASC at NJCU works through the NJCU Foundation, a non-profit, tax-exempt organization. Programming is made possible in part by the New Jersey State Council on the Arts, a partner organization of the National Endowment for the Arts, New Jersey City University, and contributions from individuals, corporations, and foundations. ASC at NJCU is a proud member of the New Jersey Theatre Alliance.

www.jerseycitybarguide.com
i made a link on sidebar as well.
The more we can chill in this town, the better.
Posted by fishwithbraids at 9:52 PM

The JC Slam is the only PSI sanctioned and nationally recognized slam in North Jersey. That means the stakes are high because we are trying to find out who will represent Jersey City at the 2011 National Poetry Slam.

There is a brief OPEN-MIC before the slam that not only welcomes aspiring poets but MUSICIANS AND COMICS AS WELL.

Hosted by the man who is a national treasure, Broken English.
...
RECAP 1/14/11: The slam got off with a slow start a handful of audience members and almost nonexistent open-mic until Mad Max and Free came in to save the day. Bringing on a percussion, some freestyle and an audience with them.

The slam has turned into the Royal Rumble: a mix of new heads, up and comers and JC Slam favorites battling it out for a chance for the JC Slam Grand Slam title.

The first round was the new ish round with more than half the poets trying new material and most of it hit. In the second round was a mix of new old material but Jelly and St. Patrick muscled their way to the final. St. Patrick pulled the victory out of his cell phone arsenal to make it known he is making a run at the 2011 JC Slam Final.

It's a new year but the season is half done. Do you have what it takes to make it into the Jersey City Slam final?

After three weeks of touring the United States, Departures return to Jersey City, Nj to play a FREE show at The Lamp Post on Thursday, January 20, 2011.

We look forward to seeing all of our friends and family at this Return Home show. We have missed you all very much and intend to get drunk with you and celebrate a belated New Years.

Once again, this is FREE. We look forward to it.
Posted by fishwithbraids at 8:38 AM

"Flesh Talk" with Matthew Lahm and Babs Reingold at the Visual Arts Gallery at 5:30 p.m.

"FLESH ART," an exhibition simultaneously presented within both the Harold B. Lemmerman Gallery and Visual Arts Gallery, will feature work by a dozen artists that employ flesh as subject-matter and demonstrate the realm of possibilities in negotiating figuration and abstraction. Curated by NJCU art historian, Dr. José Rodeiro, this multimedia exhibition explores how selected artists delve into the meaning and implications of flesh on many levels through painting, sculpture, photography, installation, and video. This unique exhibition will feature three never before seen paintings by renowned painter, Joan Semmel, who, since the early-1970s, has created innovative flesh-based paintings and is considered a pivotal figure in Flesh Art. Also featured are NJCU's eminent retired professor Ben Jones, who is a prominent figure in African-American art and NJCU professor and acclaimed sculptor Herb Rosenberg. The exhibition is greatly diversified by original works by Rutgers' professor and internationally active painter, Hanneline Røgeberg; strikingly visceral installation and multimedia works by Babs Reingold of Bayonne, NJ; intimate oil paintings by Jen Mazza of Brooklyn, NY; Cityscapes incorporating flesh in media by John Hardy of New York, NY; and video art by Giuseppe Satta of Italy. Furthermore, works by NJCU alumni, Matthew Lahm, William Coronado, Sandra Silva and Olga Cruz, demonstrate a legacy of "FLESH ART." 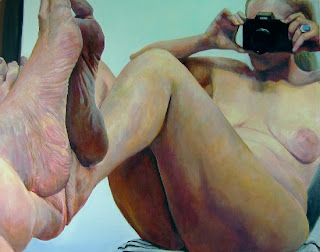 *For other days and times, please contact us to schedule an appointment.

Two galleries are a half-block away from each other.

For further information, please contact Midori Yoshimoto, Gallery Director at 201-200-2197.
Posted by fishwithbraids at 8:29 AM