Groove on Grove may 9

brought to you by the Historical Downtown Special Improvement District
Posted by fishwithbraids at 10:20 AM

somebody with a body, art opening reception 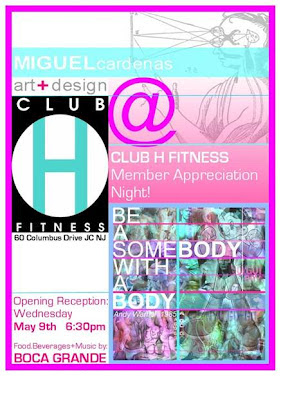 Posted by fishwithbraids at 9:32 AM

save the arts in the arts district

PADNA ALERT – City poised to sell out yet again to Lloyd Goldman, eliminate MORE affordable housing in the PAD

In a shocking move, Jersey City’s legal team is asking the City Council (on one day’s notice) to amend a previous legal settlement that had required units of affordable housing on development proposed at 110 and 111 First Street in the Powerhouse Arts District.

These two properties have been bitterly disputed.  The location of two former warehouses, one of which housed an artists enclave until 2005, the city sued Goldman to keep him from tearing down the warehouse that housed the artists, saying it was a historic structure that should be preserved.  In what many consider to be a very one-sided settlement, the City agreed to let Goldman raze the warehouse and artist housing, and re-develop the property as a high rise, in exchange for 25 units of affordable housing to be built on the properties, and other concessions.

Yesterday, Corporation Counsel Bill Matsikoudis proposed that the settlement be amended such that Goldman could make a $2.5 million contribution to the city’s Affordable Housing Trust Fund, so that affordable units could be built not on his property but elsewhere in the city.  PADNA strongly opposes further capitulation to this developer.

PADNA supports affordable housing ON SITE and IN the district, in accordance with the PAD Redevelopment Plan.   PADNA strongly believes that the PAD Plan as written is viable zoning for the district, as evidenced by the existing rehabilitated properties and new construction, as well as planned development.

Please attend the City Council meeting tomorrow to voice your objection to further gutting of the PAD Redevelopment Plan.  The meeting begins at 6 p.m. at City Hall, 280 Grove St.
Posted by fishwithbraids at 6:25 AM

This Merry Month of May

April 29-May 30 - Exhibition - photographs by John Crittenden for  This Merry Month of May
at Made with Love  artisan bakery and cafe, 530 Jersey Ave, JC

Posted by fishwithbraids at 8:20 PM

Labels: art opening reception, John Crittenden, made with love artisan bakery and cafe, offoffjc, this merry month of may 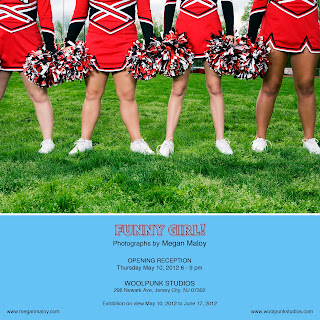 Please join woolpunk in celebrating the work of photographer Megan Maloy this Thursday from 6 to 9.

Posted by fishwithbraids at 8:14 PM

The City Council will vote tomorrow on the request by Lloyd Goldman to permit him to make a 2.5 million dollar contribution to the Affordable Housing Fund in lieu
of providing  25 units for affordable housing for artists  in his new construction at 110 and 111 Washington Street  in  the Powerhouse Artist District. So the Arts District is to be in name only?
He tore down an historic warehouse which housed dozens of artists, galleries and a vital arts community - the core of the future Arts District. The city required him  ( and all others building in the
district) to provide a percent of their new units as affordable housing for artists. Now the City Council is considering a request to gut this requirement . I understand that the money offered is 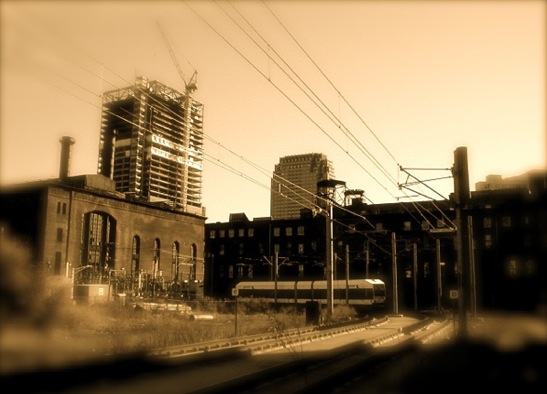 significant and the need for affordable housing is city-wide. However, the Arts are a very important economic, cultural and unifying element of pride in a city. The second largest city in New Jersey
now has no art museum. Are we going to destroy the nascent Arts District as well? Building a theater is wonderful. But an ARTS DISTRICT must have ARTISTS!!!

Please vote against this request to amend the current agreement.

Uta Brauser's message: come out in MASSES, tell your council how you feel about this matter,  PARTICIPATE
Posted by fishwithbraids at 2:16 PM

Grassroots Community Space Presents a monthly event for DJs by Djs. Providing a space for Djs to meet, be creative on the decks, and network with one another. Open to Djs of all levels and styles from beginner and up, "Down with technic" is suited for those who want to le...arn more about Djing itself as well as allowing new DJs to learn from those who have more experience. The forum is similar to an open mic, except that it will be Djs reciting through their mixes.


BRING YOUR OWN: needles, music, materials you need that are not listed above

Special Requests or questions should be directed to
Dj Pastiche at downwithtechnic@gmail.com

Christopher and his kind at Chillfest


WHAT:    Chillfest, the mostly gay and lesbian film series of Jersey City presents
"Christopher and His Kind," directed by Geoffrey Sax
WHEN:    Sunday, May 20th, 2012
Screening begins at 4:15PM; Doors open at 4:00PM for food, drinks, and socializing
TIX:        $10 at the door and $7 advance at "www.chillfest.org"
WHERE:   LITM, 140 Newark Avenue, Jersey City
(near Newark Avenue and Grove Street, 1/2 block from Grove Street PATH station)
WEBSITE:  www.chillfest.org 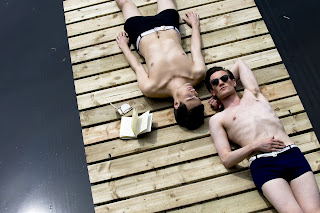 About "Christopher and His Kind" at Chillfest –

Handsome Matt Smith (the U.K.'s latest Dr. Who) plays the young author Christopher Isherwood ("The Berlin Stories") in this BBC-produced biopic which beautifully captures his relationships with his friend and occasional lover, the poet W.H. Auden, flatmate Jean Ross (Isherwood's real life friend and the basis for his character Sally Bowles immortalized in the film "Cabaret") and the Jewish, upper class Wilfrid Landauer (Iddo Goldberg, "Secret Diary Of A Call Girl").  To Isherwood's reserved English sensibility, the city's thriving gay subculture is thrilling and intoxicating. But Christopher soon finds himself heartbroken after the failure of a hopeless love affair, and so sets out on a process of self-discovery as he forges an identity and place for himself amidst the chaos and decadence of 1930s Berlin.

Chillfest presents gay, lesbian, bisexual and transgender-themed films to Jersey City and the region, and is a sponsored project of New York Foundation for the Arts, a 501(c)(3) organization.
Posted by fishwithbraids at 4:38 AM

Join Project Greenville this May-June to celebrate mother's day and father's day with
a Creative Salute to the Parents We Know and Love!

This group show opens Saturday May 12th (the day before mother's day) from 4-8pm.
(Complete list of participating artists available Friday May 11th on our webpage and Facebook page.)
There will be snacks, drinks, music and a cool art exhibit featuring, but not limited
to (as there are still one or two mystery entries) painting, photography, poetry,
film and--for the very first time--sculpture!  If you cannot make it to the opening
there will be three more chances to view this varied collection of parental homages:

And the closing of the exhibit on  Saturday June 16th (the day before father's day)
also from 4-8pm, also including drinks, snacks art and merriment!
Hope to see you there,

Posted by fishwithbraids at 8:19 AM