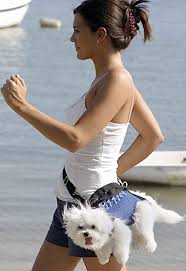 Friday, June 3, 7-9pm
The Board of Directors and Tom Parisi of the famed Tommy 2 Scoops presents an evening of food, drinks and karaoke! Come party in style at Tom's private residence in downtown Jersey City with gorgeous views of Lady Liberty and beyond.  Proceeds from tickets will go towards Liberty Humane Society.  Get your party shoes ready!  Register online: libertyhumane.org, click "donate".  You have to register in advance, and the exact address will be e-mailed to you on that day.
Posted by fishwithbraids at 4:31 PM 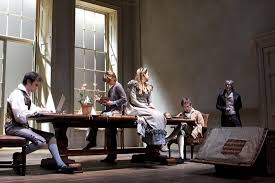 ASC at NJCU officially became the University’s theatrical company-in-residence in 2008, making NJCU only the fourth institution of higher education in New Jersey to be affiliated with a professional theatre company.  The collaboration between the company, which is in its eleventh season, and NJCU began in 2005.  Since that time, NJCU and ASC at NJCU have partnered to present professional classical theatre to both the NJCU and wider Jersey City communities and NJCU faculty and students have been regularly involved in ASC productions and workshops.
ASC at NJCU works through the NJCU Foundation, a non-profit, tax-exempt organization, and is supported in part by the New Jersey State Council on the Arts, New Jersey City University, and contributions from individuals, corporations, and foundations.
For further information or to make reservations call (201)200-2390

The Melting Pot, beyond Shakespeare 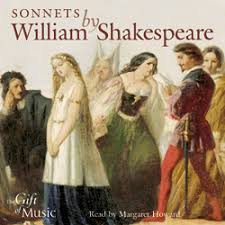 JERSEY CITY, NJ (May 27, 2011) – Actors Shakespeare Company at New Jersey City University, a professional theatre company in residence at the University, will continue its “ASC in the Community” series for Season 2010-2011 with a presentation of Israel Zangwill’s “The Melting Pot,” Sunday, June 5.
The performance will be held at 1:30 p.m. on Sunday, with a pre-play discussion at 1:00 p.m. at Congregation B’nai Jacob, 176 West Side Avenue, which is located 2 blocks south from the NJCU’s West Side Theater in Jersey City.  Admission is free and open to the community.
“The play is a drama that was first produced in 1908. It tells the story of David Quixano, a survivor of the Kishinev pogrom who emigrates to the U.S. and composes “The Crucible,” a symphony full of hope for a society where people of all ethnicities form the Melting Pot.  We welcome our patrons to this free, one-day event celebrating the diversity of our community and the struggle to find one’s place in the world,” said Colette Rice, Producing Artistic Director of ASC at NJCU.
The “ASC in the Community” series brings the professional theatre company’s work outside the NJCU campus.  Occasionally, ASC resident artists explore material outside of Shakespeare’s canon.  “The Melting Pot’s” Co-Director Marsha Dubrow brought the play to the attention of Ms. Rice and offered her venue, Congregation B’nai Jacob, where she is its cantor and spiritual leader.
ASC company member Seth Reich, who directed last season’s main stage production of “A Midsummer Night’s Dream,” co-directs “The Melting Pot.”
Posted by fishwithbraids at 6:42 AM

great Jazz Concert with Children playing violins at Moguls Restaurant, 543 MLK Drive  on June 1st at 6:00 -10:00 PM.  This is a fundraiser for Studio 676 and we are pleased to have great Jazz Artists perform for the cause of Studio 676. 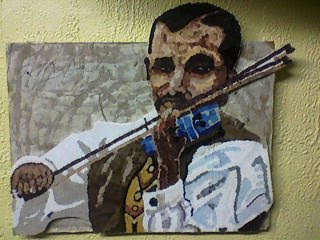 Posted by fishwithbraids at 5:52 AM

or look for the maps in bars and restaurants
Posted by fishwithbraids at 5:17 AM